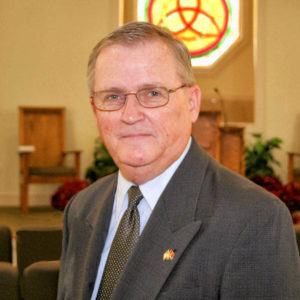 Born in Ocala, Florida in 1948, Pastor Scofield came to the faith late in his career as a Marine Corps Officer. After earning a Bachelor of Arts Degree in History from the University of Georgia (’82), he served in a variety of combat arms related billets, retiring as the Intelligence Officer (G-2) for the Third Marine Division in 1992. He earned a Master of Arts Degree from Tabernacle Baptist Theological Seminary (’94) and completed his Master of Divinity Degree at Central Baptist Theological Seminary (’02). Since 1995, he has pastored at the same church, leading its transition, along with his own, to fully embrace the reformed faith and the doctrines of grace.

Pastor Scofield and his wife Charlene were married in 1970 and have two grown children. Their daughter Jennifer is a pastor’s wife in North Carolina, and their son Collier is a Marine stationed in California. They have three grandchildren and a cocker spaniel, who warm their hearts.
Soli Deo Gloria 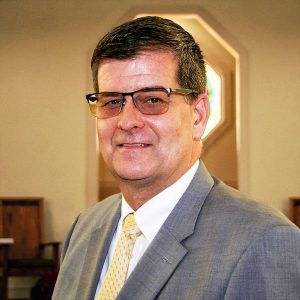 Mike was born in Chicago, IL in 1961 and moved with his family to Suffolk, VA in 1965. He graduated in 1983 from Old Dominion University in Norfolk, VA with a B.S. in Business Administration and a concentration in Management Information Systems. As an Operations Manager for SupplyOne Chesapeake, Mike is responsible for a 65,000 square foot corrugated box-manufacturing facility with a staff of 49 employees.

Mike was regenerated as a teenager, baptized in 1995, and introduced to the Doctrines of Grace in 2005. He has been serving as a Teaching Elder and Treasurer since 2005. In addition to reading Scripture during Lord’s Day services, Mike teaches our Adult Discipleship Class each Lord’s Day morning, sometimes teaches the congregation during our midweek meetings, and occasionally preaches the communion sermon during our Lord’s Table observances. He enjoys reading (Theology, Reformers, Puritans, etc.), fishing and playing golf in his spare time. Mike and his wife, Rose, have enjoyed 26 years of marriage and have been blessed with two adult daughters: Kristen and Melissa.

Messages from Mike are available here. 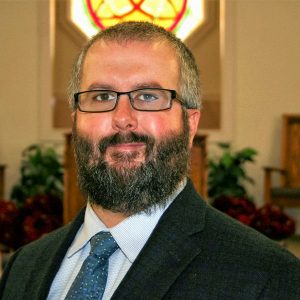 Mike and his wife Cheryl live in Suffolk. Mike works at Carefree Boat Club in Virginia Beach. In addition to teaching our Discipleship Classes on Sunday mornings, he is currently preaching through the Psalms on the first Sunday of the month.

Messages from Mike are available here. 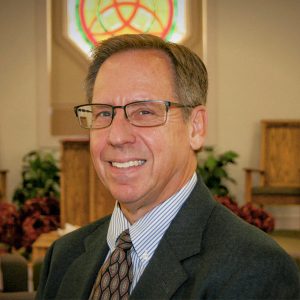 Scott and his wife, Ruth, live in Suffolk. Scott was raised in Michigan through college, and continued his schooling in California. Scott has a B.S. in science from Michigan State University, and a Juris Doctor from Southwestern University in Los Angeles. Scott and Ruth have three children and five grandchildren.